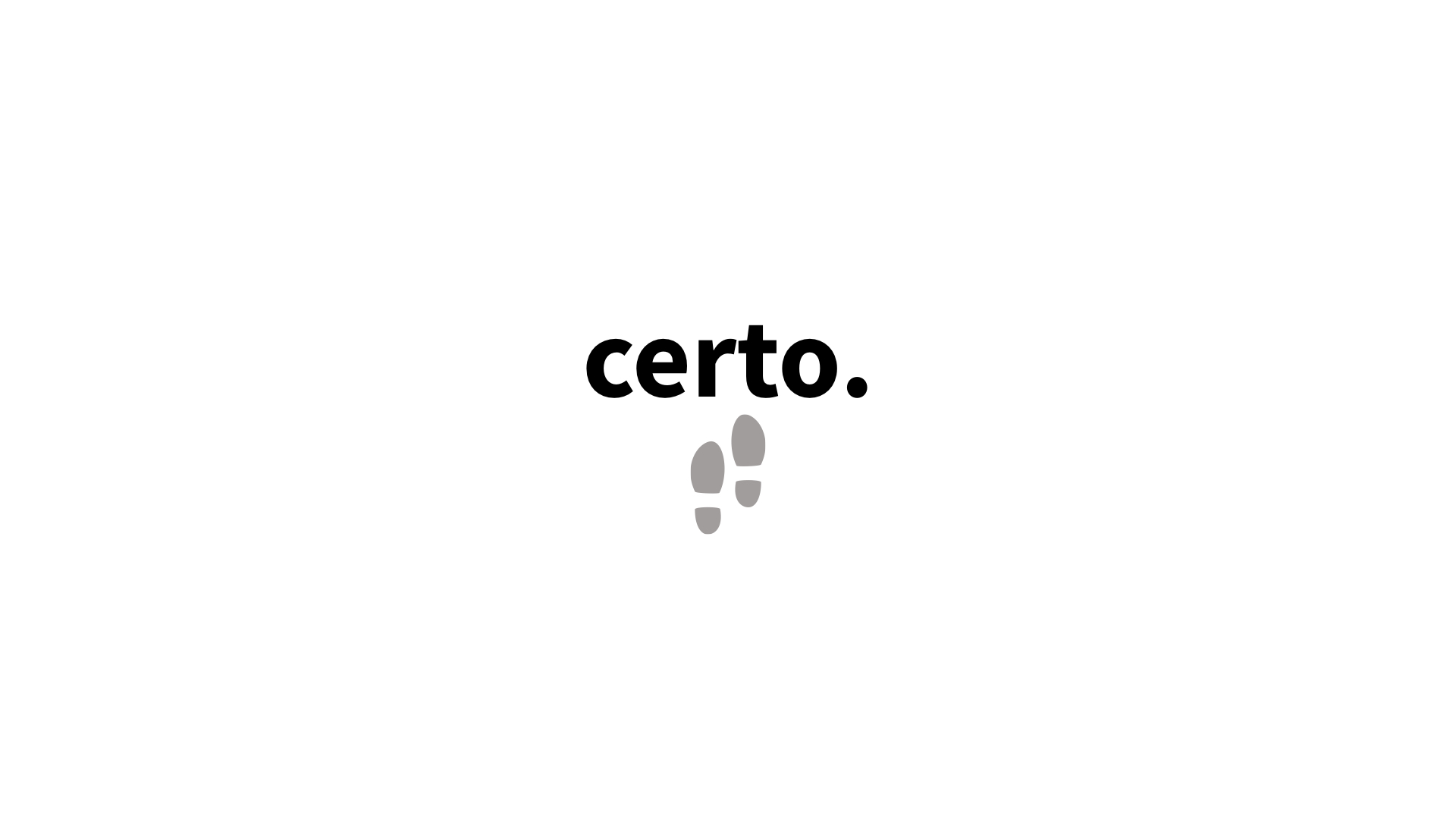 A navigation system for children that does not contain any fonts, languages,
or symbols to help children to get to school and back home safely

This project was about developing a navigation system that works without writing, language or symbols. Thereby, a target group has to be defined. So we decided on children with the age of about 7 or 8 years, who still need help with the way to school.

The concept was to attach LEDs to the shoes and indicate the direction with light signals. The signalling was based on the traffic lights to bring up an association of the meanings of the colours and make it understandable for children.

If the green light on either the left or right shoe lights up, that means to turn left or right. In dangerous places, such as a pedestrian crossing, the LED stripes light up red. If the child decides on a different route and a new route is calculated, then the LEDs stripes light blue.

At a primary school, we finally carried out this principle with the children of the first grade. They understood the light signals red and green very fast and knew exactly what was meant. But with the blue light signal it came to a confusion, since they could no longer orient themselves at the traffic light.

Eventually, we came to the conclusion that too many signals for children lead to confusion and misunderstanding. Therefore, the navigation system must be kept as simple as possible and only the most important things should be displayed. 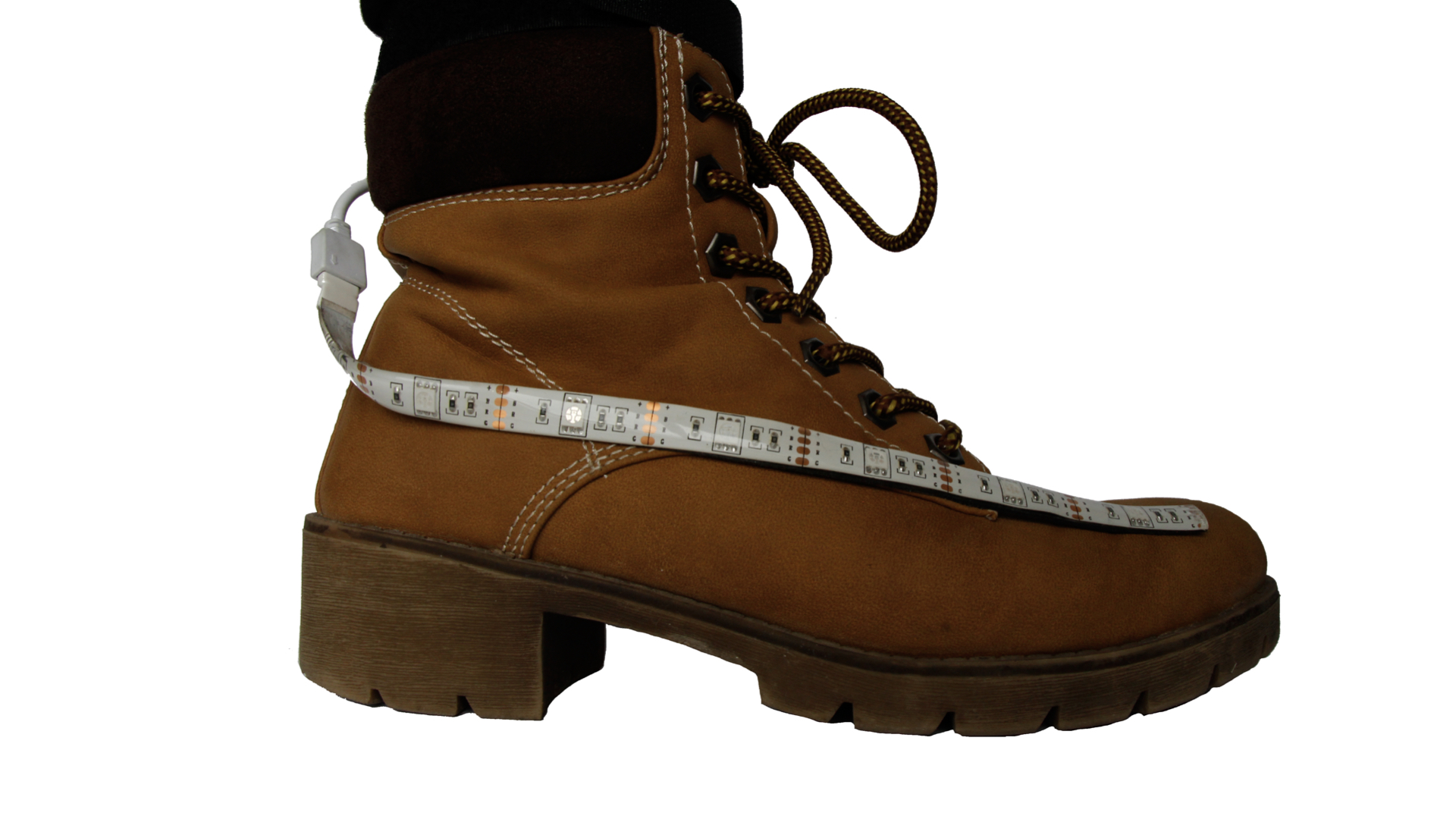 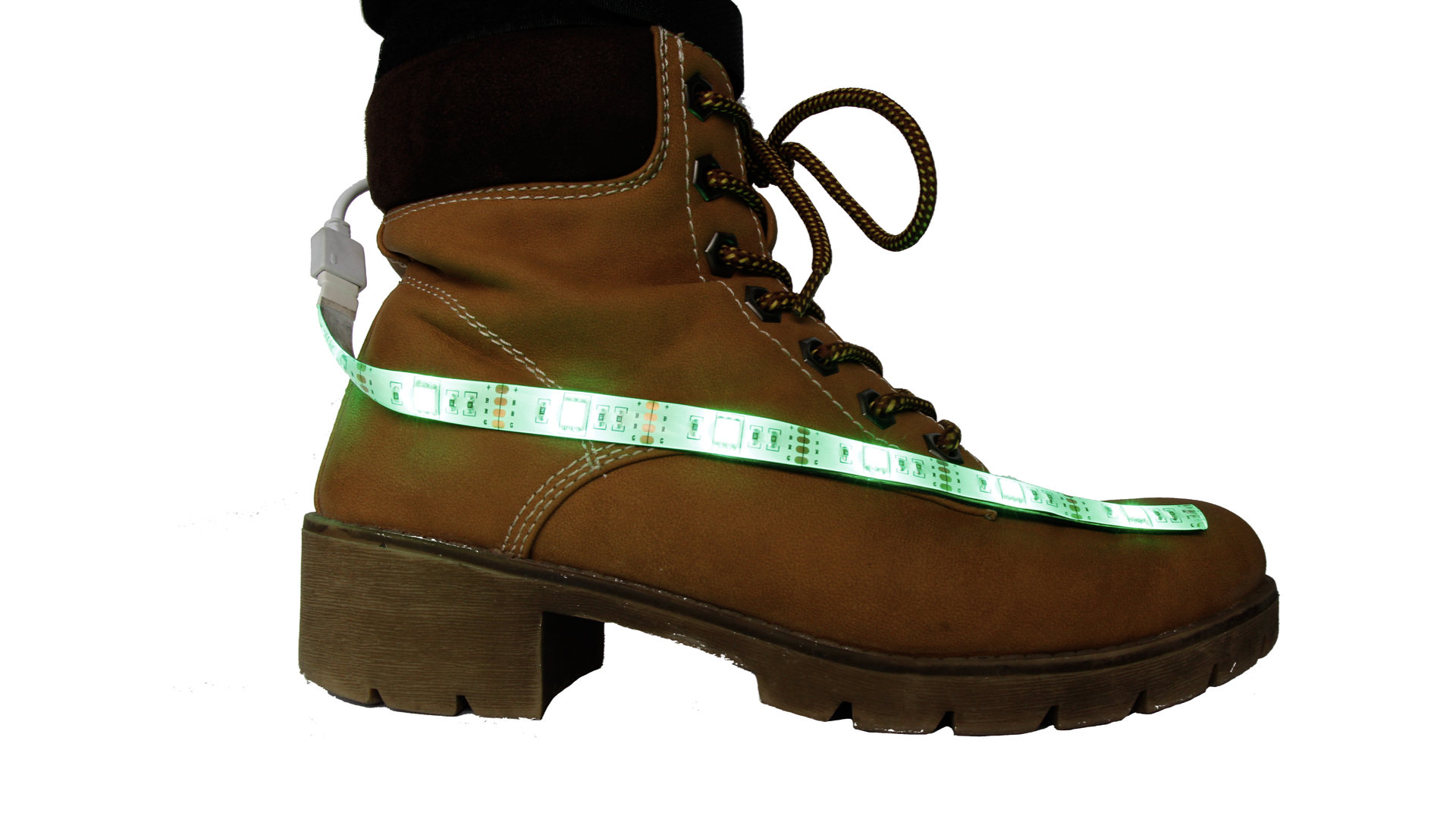 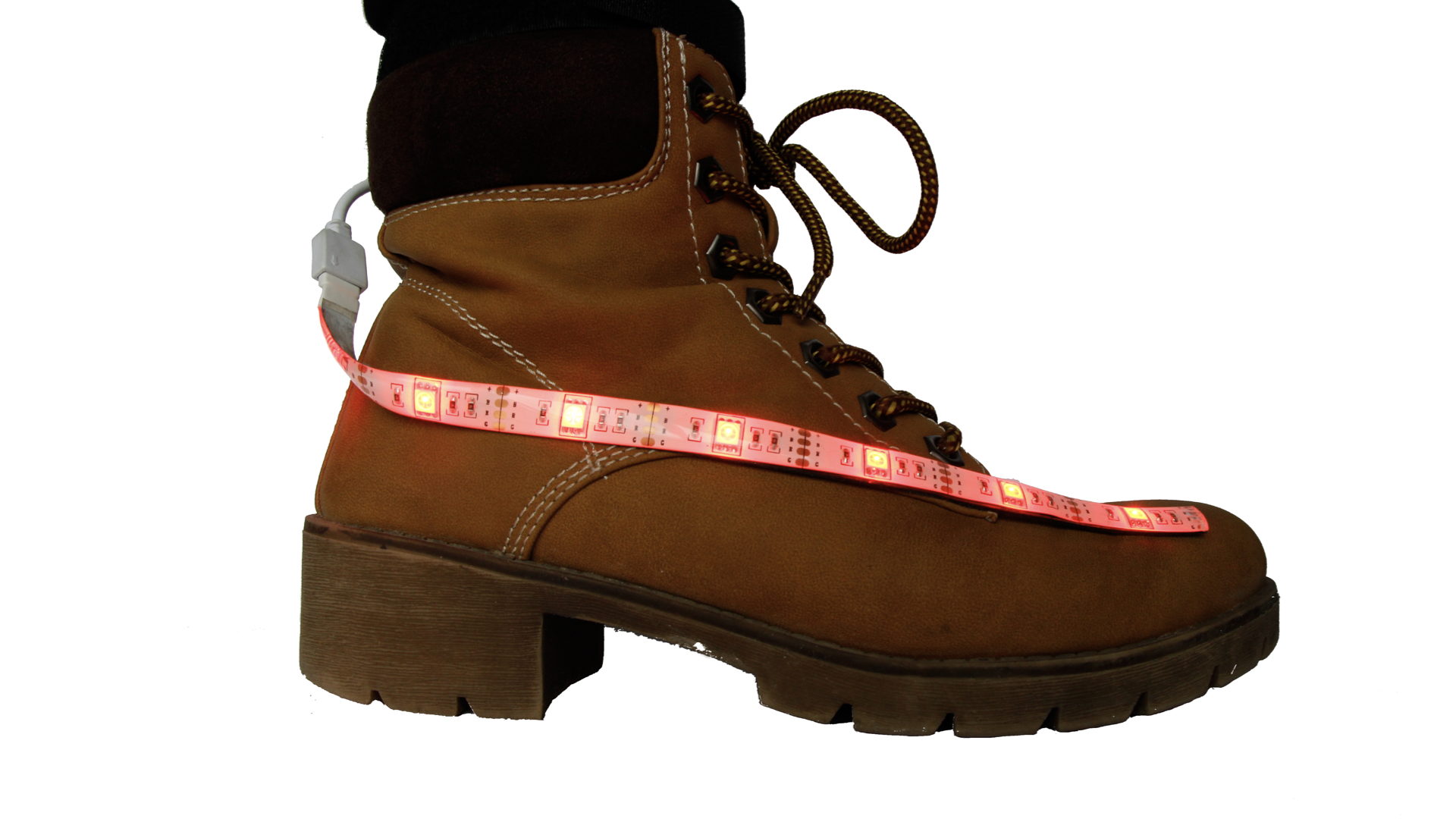 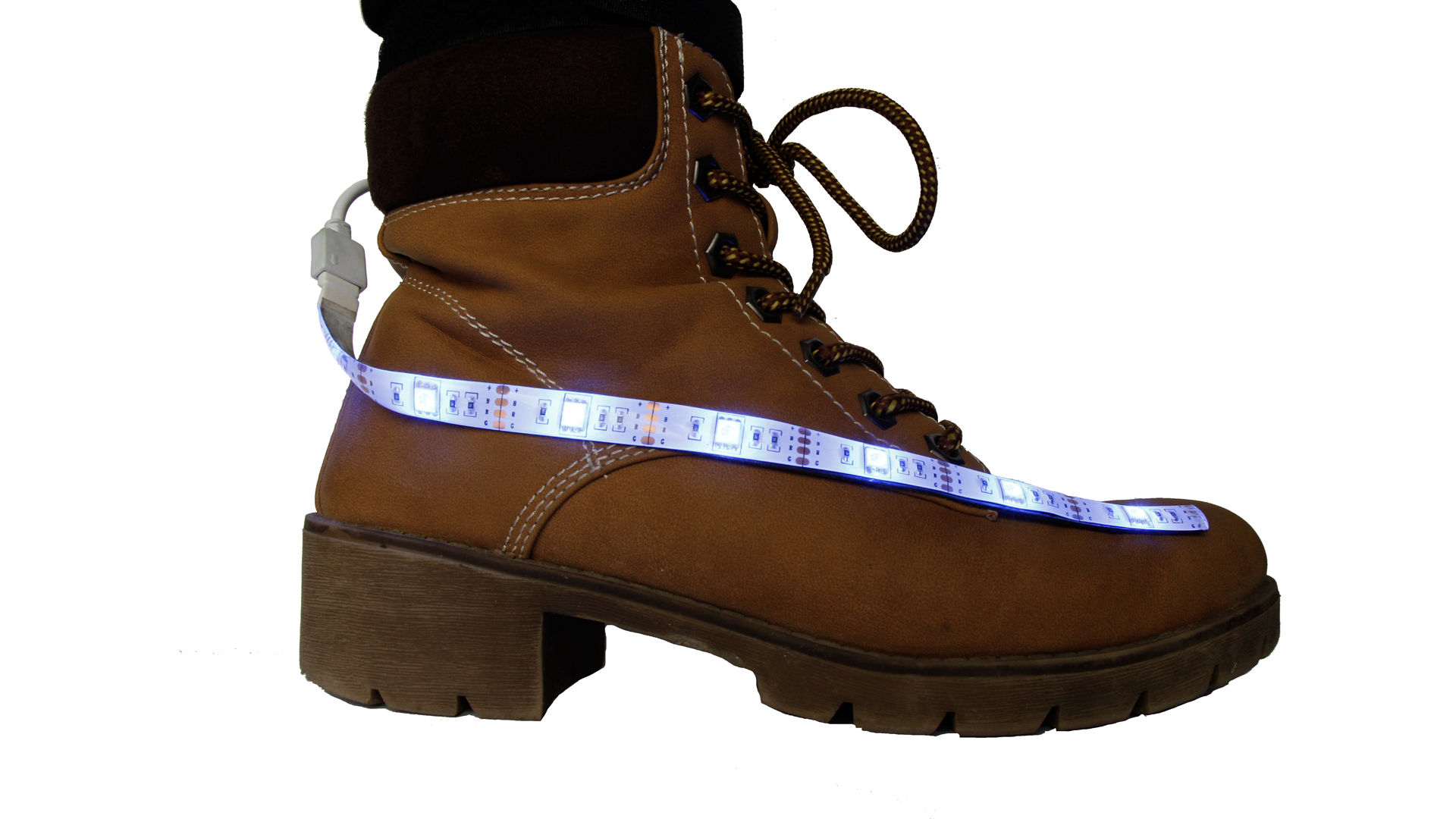