An automatically playing robot that shoots the ball with air pressure
to the respective opponent.

The task for each team is to build a robot that recognises the ball on its own and passes it to the given opponent. The football game consists of five teams and a master who controls the entire game.

The whole system runs by a "bus system". The master communicates with each player and says who the shooter and target is. The individual players have to follow these instructions.

Our team has built a robot that shoots at the opponent with an air pressure of 2.3 bar. On the side, we have attached an ultrasonic sensor that detects the ball when it is in the goal. The sensor also detects the ball as a trigger and the process can be activated. First, the robot receives a signal from the master, which tells it where to shoot. Then the plate under the ball rotates, on which the air valve is located. This allows different directions to be set. If the setting is correct, the robot shoots the ball towards the given opponent. 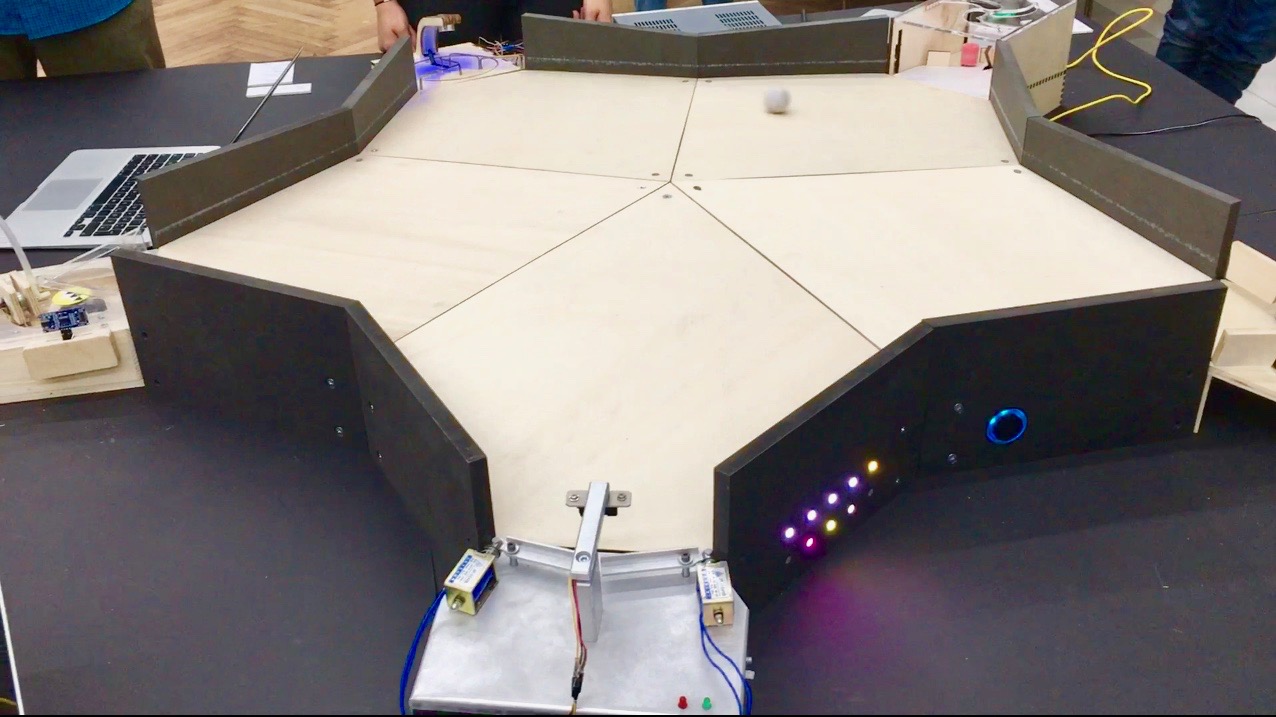 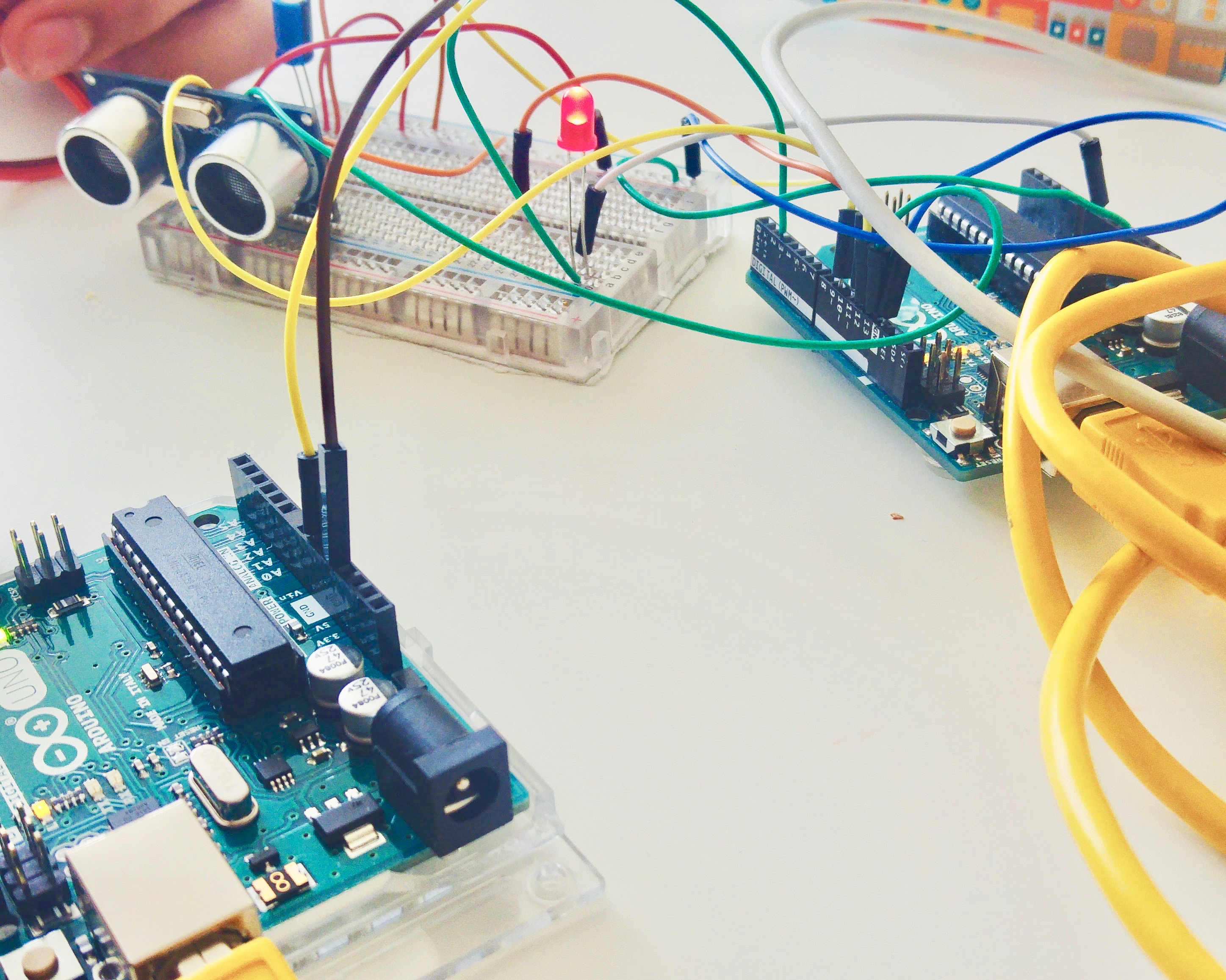 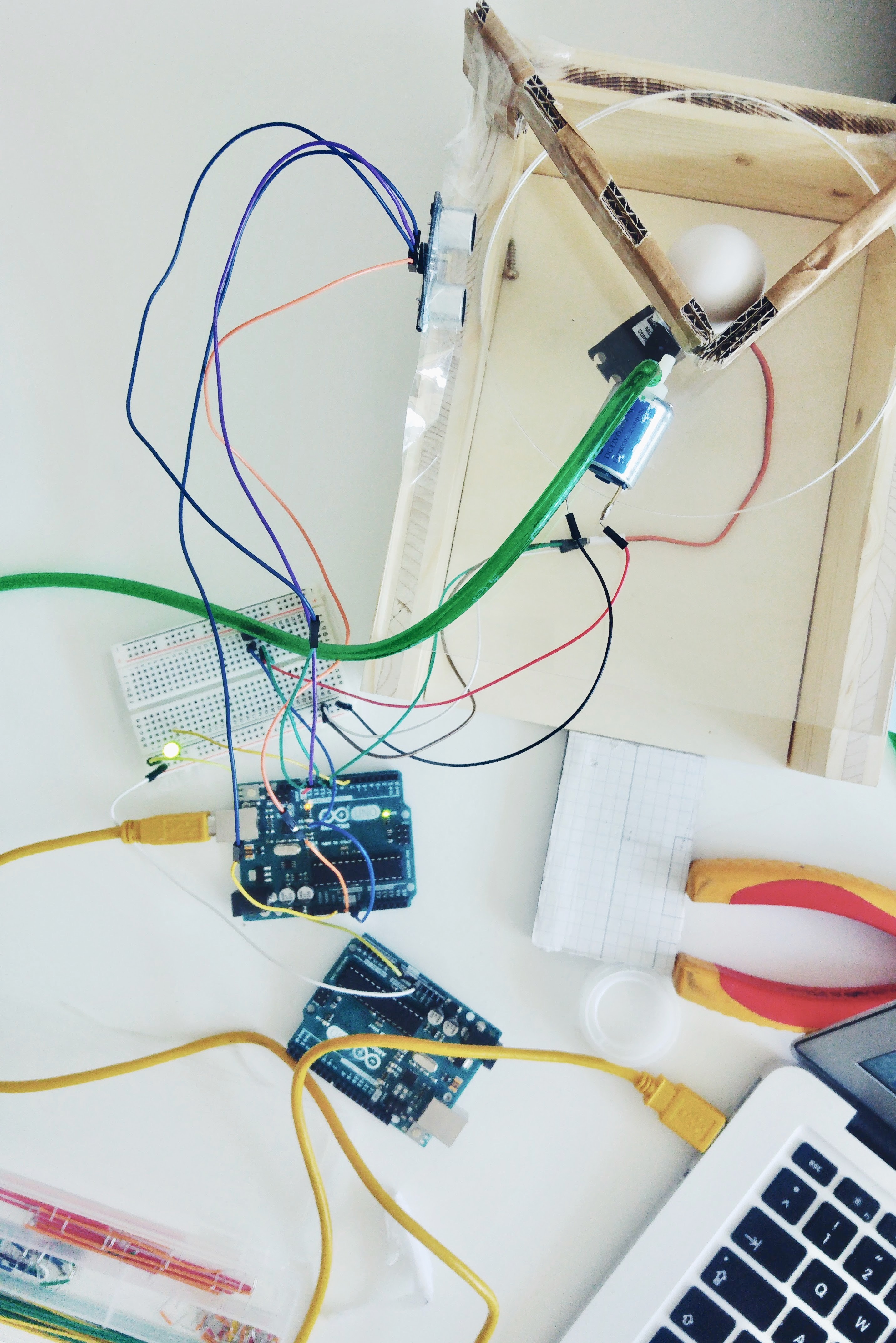 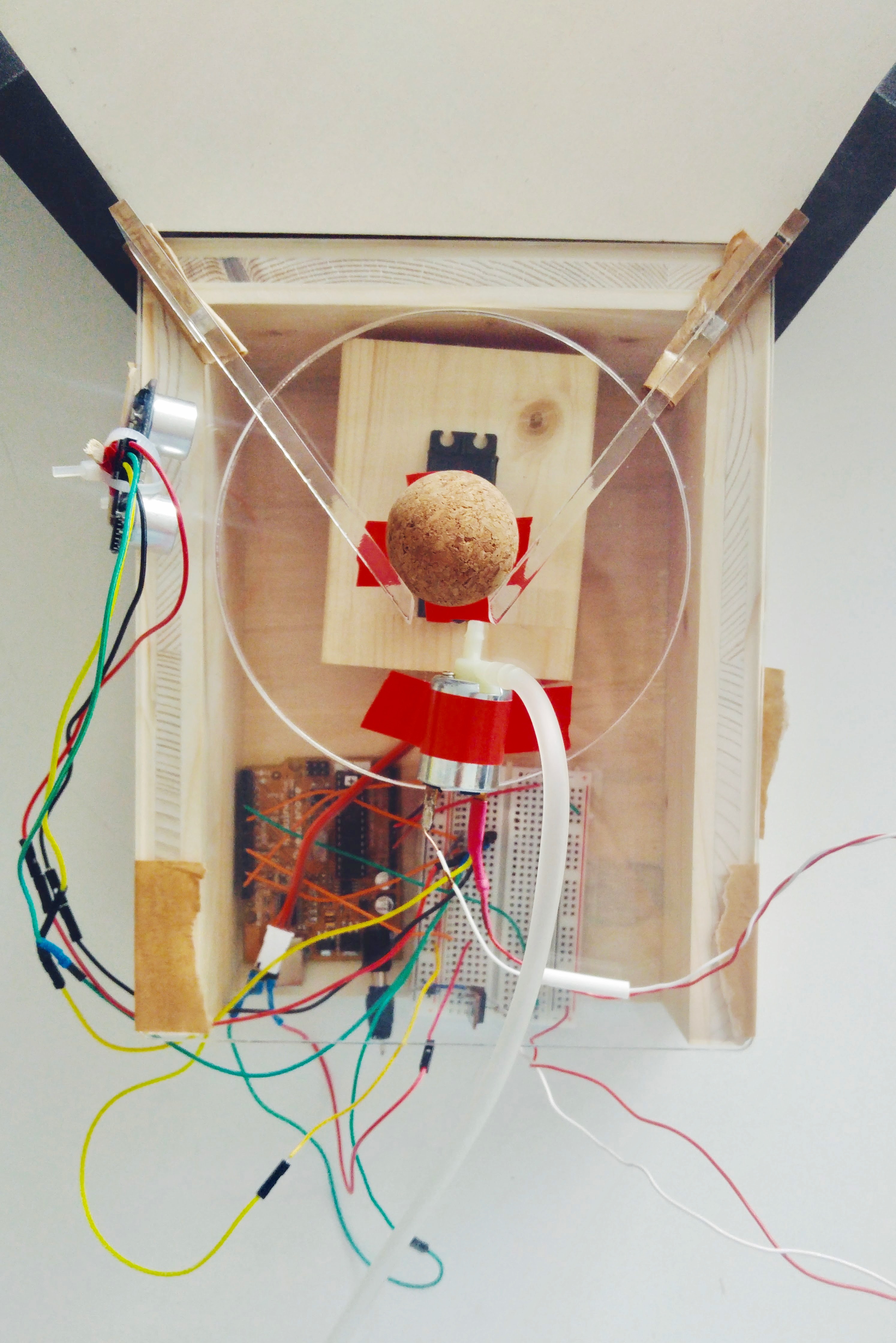